http://edition.cnn.com/2011/11/08/world/asia/ai-weiwei-tax-donations/index.html
As a deadline looms for dissident artist to pay back taxes after his detention in China, CNN's Eunice Yoon reports on a groundswell of financial support in Beijing. FULL STORY | MESSAGE TO BEIJING | ARTIST TO INTERNET MASTER
Donations as defiance in China

Over 20,000 people have made donations to help Ai Weiwei pay tax bill
The $2.3 million bill was issued after Ai was accused of tax evasion
More than $958,000 has been raised so far
Ai: "Donations are a political statement"

While many have sent money via post and the internet, other have resorted to rather unconventional methods -- folding bank notes into paper planes and throwing them into Ai's garden at night.

Speaking to CNN, Ai Weiwei said people were using their donations to make a political statement. 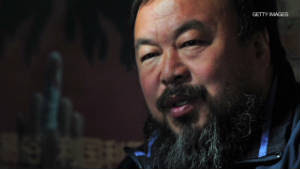 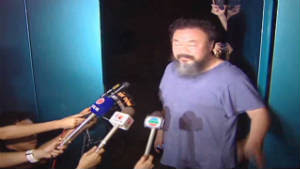 Ai Weiwei's $2.3B bill for back taxes

"They would say we support you, we've never had a chance to express. This is such unfairness. It's not a fine to you but to us all," he said.

Ai received the $2.3 million tax bill on November 1 and was given 15 days to pay. It comes after the artist was detained by authorities in April on the grounds of tax evasion.

Ai has called the actions by Chinese authorities a "retaliation against a dissident" and says he has no choice but to pay the bill.

"They [the Chinese authorities] said if I pay it means I accept the accusation," he said. "But if you don't pay they can accuse you of another crime.

"Either way you're not going to be out. We can't stop to argue, we can't appeal, we can't go to the court," he continued.

The outpouring of support and donations has come as a surprise to the artist who said he never asked for money. He has also stressed he will pay back "every penny."

"We didn't expect so many people to be involved in it," he said. "Over 20,000 people in the past few days send money, this has never happened. It's unthinkable in this nation's history.

On his Google+ page, Ai has detailed various payment channels for the donations which include cash, PayPal, China Construction Bank, and the Chinese third-party payment network Alipay.

As well as support Ai says he has received further unwelcome attention from authorities, with an increased police presence around his compound in Beijing.

"There is much tighter control and armed police follow me. Also, I have to see them every other day," he said.